Atlanta Favorites at the Fox in 2018

Favorites at the Fox

Because the man who composed the songs in The Lion King is long-time Atlanta resident Sir Elton John, there’s more than one reason to consider the show now lighting up the Fox Theatre to be an Atlanta favorite. And considering the value of Atlanta real estate, the noted performer, musician, and composer is a good example of the fact that people who could live anywhere often choose to live in Atlanta.

This is a high-profile example of a much more widespread fact. As urbanist and professor Richard Florida predicted at the beginning of the 21st Century, the power of a city to attract scientists, engineers, artists, and human capital for an increasingly knowledge-based economy has been a key to growth and prosperity. Certainly, the impact of this drawing power on the value of Atlanta condos and Atlanta new construction is all around us.

The Lion King will hold forth from the Fox through January 28. 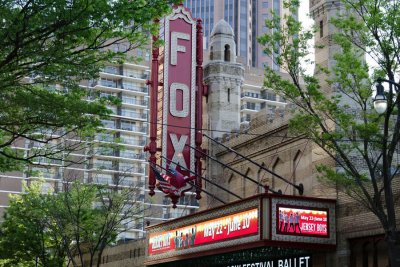 No Day But Today

It’s hard to believe that Rent, the high-energy yet haunting experience of being young artists in a big city, is now 20 years old. The power of Rent to bring the heart to the fore – and the audience to their feet – remains undiminished. An associate tells of overhearing his two sons, both college football players, saying, “You knew it was going to be a good night when Mimi did the high kick off every step of the scaffold,” while discussing one of the several show-stopping rock-and-dance numbers of Rent, is a testament to the show’s ability to reach people of all interests and ages. Rent will take the stage at the Fox for one week, from February 20 through February 28.

The footlights of the Fox will see Broadway’s 2014 Tony Award-winner, A Gentleman’s Guide to Love and Murder, March 13 through March 18; the performance-art powerhouse, Stomp, will take place there for two nights only, on April 6 and 7. And the hilarious speculation on what went on behind Shakespeare’s first production of Hamlet, the fun-filled musical, Something’s Rotten, will appear at the Fox from April 17 through 27.

The new Broadway legend, Hamilton, will come to the Fox for two weeks, from May 22 through June 10, and The Book of Mormon will follow from July 17 through July 22. It’s a good idea to look at the calendar and book these tickets early, because for years there wasn’t a seat to be had on Broadway.

The value Atlanta places on keeping the best of its history and re-imagining the rest is embodied in the profound restoration of the Moorish-designed 1929 Fox Theatre and its ongoing success as a relevant drawing card. The story of the Fox itself is a reassuring testament to the persistence of value in Atlanta, and on Atlanta new construction.

Engel & Völkers is known as the Atlanta leader in the sale of residential real estate and new developments, and we’d be happy to share some more of the reasons and dimensions behind this value.