Reimagine The Face of Downtown Atlanta

Major development groups are teaming up to revamp the South Downtown neighborhood. According to Newport Executive Vice President Katharine Kelley, developers are working to revitalize South Downtown. They have been meeting to find ways to make neighboring projects complement one another. Newport is putting forth plans to specifically exhibit what could be in store for this neighborhood. 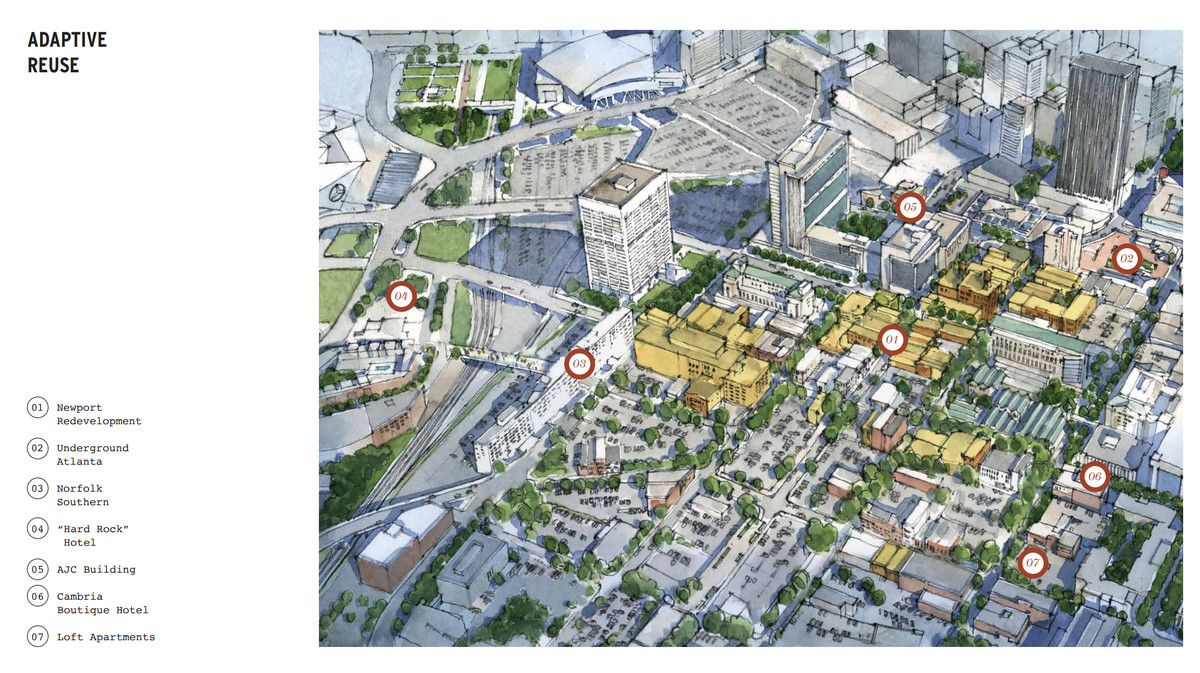 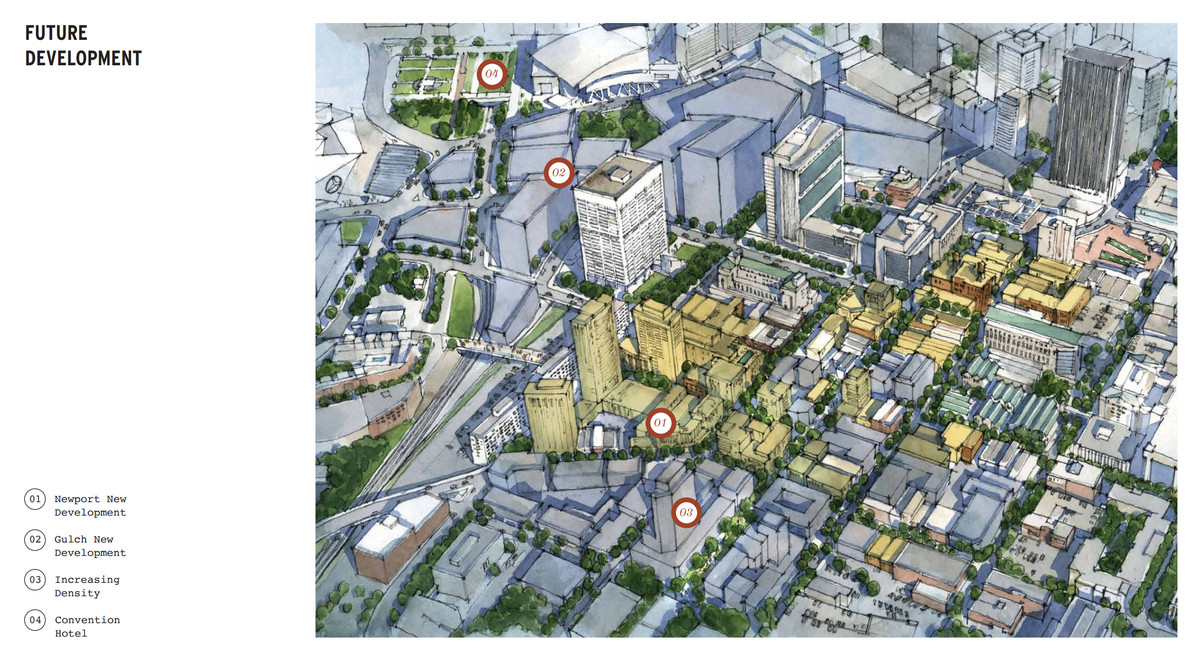 CIM Group, a Los Angeles based developer is redeveloping downtown’s pit of parking lots and railroad tracks known to Atlanta local’s as the Gulch.
“We look at [the council’s approval] as a good sign for all of downtown, so we’re happy to see [CIM Group] succeed,” she said. “We feel that all of this area is interconnected.”
The CIM Group has experience turning old offices into a multifamily residential and office complexes through renovating the historic Norfolk Southern Buildings. Newport has been in talks with these developers to map out a $500 million overhaul of eight South Downtown blocks. This would include talking to developers of other nearby projects, such as the Underground Atlanta redevelopment, which is headed by South Carolina-based developer WRS.
“It’s nice to be part of a broader redevelopment of downtown, where the developers with adjacencies are collaborating in their planning and conversations for the future of their respective projects,” she said.
Although Kelley said Newport is not yet ready to release information regarding the phasing of its South Downtown endeavor— she said—fresh renderings obtained by Curbed Atlanta offer more specific glimpses at how the company aims to transform eight blocks of the neighborhood.
Click here to see a full presentation shared with JLL, Newport’s leasing team. 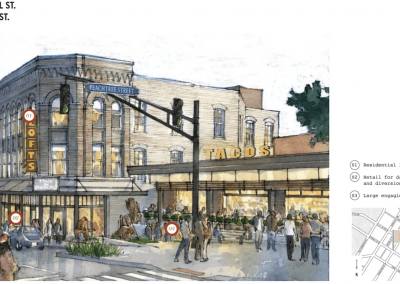 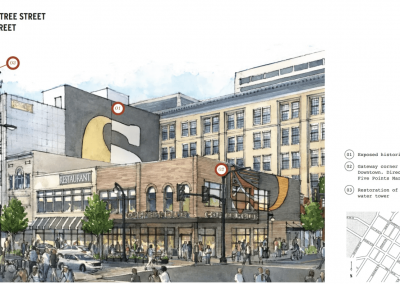 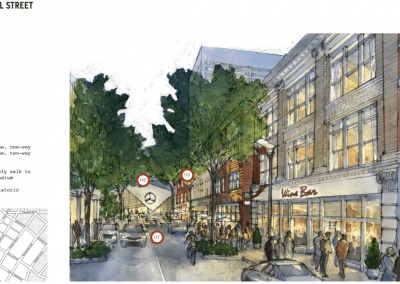 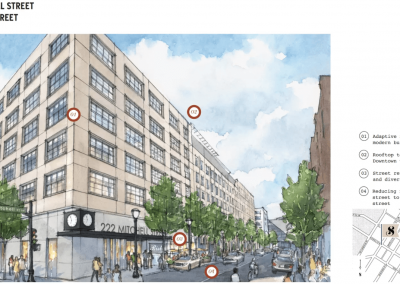 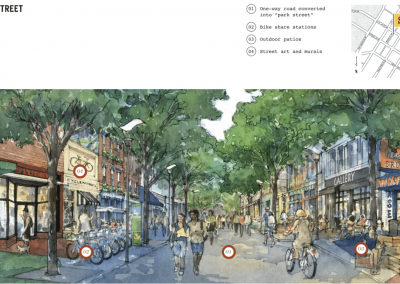 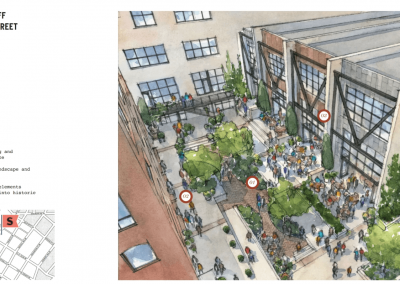