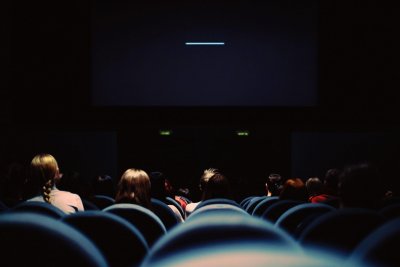 As the maker of the most movies and TV shows in North America – Atlanta surpassed L.A. on that score a couple of years ago – Atlanta has a stake in Holiday movies. They crop up this year like any other holiday tradition. The Hallmark Channel is known for its steady supply on TV, and yet the extraordinary bet that is behind any feature film made for theaters is still a wager that studios and independent producers are willing to place. Why? Because people flock to movies during the holidays, and because a successful Holiday movie can have “legs” – it can go on appearing for years. What company wouldn’t like to have the perennial income stream that flows from classics such as “Miracle on 34th Street” or “It’s a Wonderful Life”?

It’s been said that Holiday movies endure because they touch the gentler ideals of our nature. In Atlanta today, the ideal is just the beginning of the benefits of Holiday movies, because the making of them has a real, practical impact here as well.

Yes, Atlanta real estate has a stake in this story, too, as it does in any feature of the Atlanta economy that has grown so fast and contributed so much. And our stake in Holiday movies is both direct and indirect.

The direct impact includes the fact that immediate jobs and local spending arise when Holiday movies such as “Almost Christmas” or “Tyler Perry’s A Madea Christmas,” or “Office Christmas” or even “A Bad Mom’s Christmas” are filmed here, as they are with considerable regularity. Even when the movie locations are an hour away, as they were for “Dolly Parton’s Christmas of Many Colors” and “Christmas in Homestead,” the impact is felt on the value of Atlanta condos and even Atlanta new construction.

The scale of movie production’s contribution to the Atlanta economy would surprise most people. From July 1, 2017, through June 30 of this year, 455 TV and film productions took place here, and they resulted in $2.7 billion of direct spending. Obviously, the stakes warrant our attention, as would any vital industry.

The indirect impact of movies on the Atlanta economy includes adding a serious amount of “cool factor” to town. Not that it wasn’t cool already, but let’s face it, earned or unearned, Hollywood glamor is a conspicuous part of the culture. Having our own slice of it – and our own version of it – is nothing to sniff at. And think of the “sampling” that is happening every time actors, directors, and producers move here for two to five months to make a movie, some bringing their entire families. They tend to make their way back to Atlanta once they know the advantages, and some of them to move here for good.

Atlanta has thrived all along because of its ability to attract creative and innovative people and businesses. We’d be glad to talk with you about the impact, not just of one industry, but of that overall attractiveness, on the value of Atlanta real estate. Just call us at 404-845-7724 or find out more at evatlanta.com.