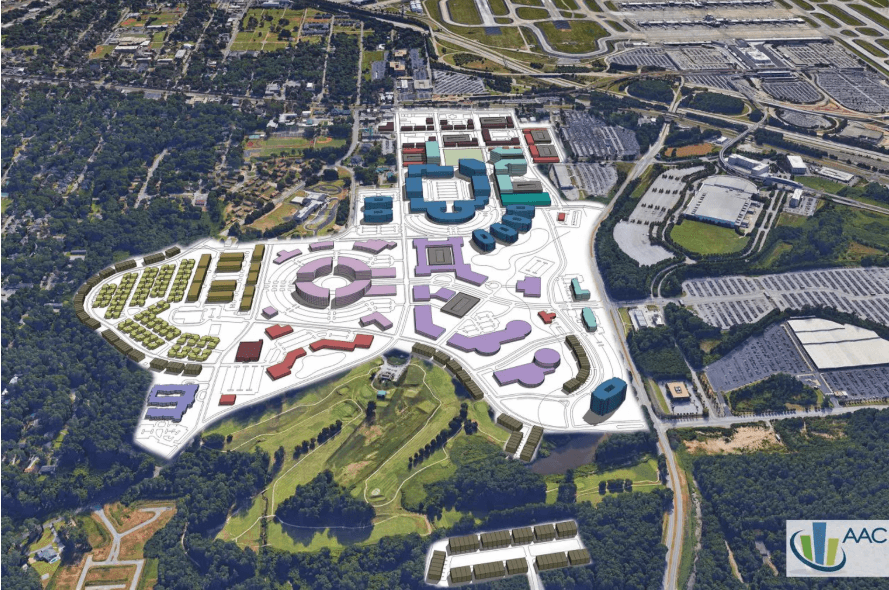 In 2018, Intown Atlanta transformed with a burst of new developments rising in the area. While the northern half of the city has no shortages of planned new developments, one of the largest mixed-use developments ever planned south of Interstate 20 is now in negotiation. Dubbed “Airport City,” this 320-acre mixed-use development will bring offices, retail, greenspaces, and coffee shops to an underutilized area near the Hartsfield-Jackson International airport. The project is set to break ground this summer.

The Aerotropolis Atlanta Alliance is over the development.  The Alliance was formed in 2015 and is a business group focused on promoting developments and sprucing up areas around the Atlanta airport. Partnering with South Fulton and Clayton counties, The Alliance plans to boost economic development south of Interstate 20. Together, they hope to lure developers to bring housing and retail to the southside of the city. Once the vision for this development is realized, the College Park area will see unprecedented growth.

According to the Atlanta Journal Constitution, Airport City is proposed to rise up around Camp Creek Parkway.  Initially city leaders were hoping to inject 3.5 million square ft into the area, but now proposals are underway to expand to 10 million square feet– about four Atlantic Stations’ worth of space. This obviously would surge construction costs, increasing the overall cost of the project to around $3 billion.

Increasing the square footage will provide more density and activity south of the city, however Atlanta has yet to see a development of this magnitude come to fruition. The only project similar is downtown’s Gulch redevelopment proposal. Additional elements planned for the project include a pedestrian bridge connecting Georgia International Convention Center, and also connecting the ATL SkyTrain from Hartsfield-Jackson to the new mixed-use development. The development is projected to bring around 5,000 jobs to the area. If everything goes well, the college park area will begin to evolve and construction for the project could potentially begin in the third quarter.

As a result of the Airport City development, College Park will see growth like never before, hopefully sparking a catalyst that brings bigger and better projects to the South of Metro Atlanta. These developments will bring a positive impact on home values and resale opportunities. As the market leader in the sale of residential real estate and new developments, our seasoned professionals would be more than happy to discuss the impact of these new developments. Just call us at 404.845.7724 or find out more at www.evatlanta.com.